The Changing World of Work

In my last blog, I spoke about disruption and the example of the boat crossing the Atlantic with the option to touch the steering wheel once or once every day. I think we can all agree that if pretty much everybody would prefer the second option over the first one.

I have to admit I didn’t come up with this example myself. Actually, I read it somewhere on the Internet when I was digging into all things scrum and agile, two other buzz words that have been going round in the IT industry for a while now. Instead of spending hours on a functional design, including pages of scope, limitations and cost breakdowns, only to get a signature for a heap of hours, allowing us to develop something that we can only show the customer once it is, finally, ready, we are now challenged to actually sit down with the customer, work on a feature together or in a small team while having to cope with changing requirements and shorter release cycles, with sponsors demanding us to show results every single week, or at least bi-weekly. Scrum and agile have been hot and some influencers may already say that they have had their momentum. They key element behind them though remains the same. Flexibility. Remember that boat crossing the ocean?

Today’s business environment requires agility. Remember I spoke about AirBnB in my last blog? Just 24 hours after I posted that blog, word got out that forbid AirBnB in certain cities and countries. Will that be the beginning of the end for the company that was only created eight years ago and has a $30 billion market cap? Or is it just the end of the beginning? Time to transform?

Just like the boat and just like AirBnB, we are challenged to be agile. Because only if we are agile, we may still exist in five or ten years time. So how can we make sure we add value for our customers? How do we need to structure teams and companies? Here are a few things that I see.

Power to the people

No matter how much we automate and outsource to systems and robots, we still live in a world that is populated and run by people. As are business and business processes. People working with people, no matter if they are supported by all kinds of digital innovations. Faced with changing circumstances day by day, it makes sense to wind down on long-term strategies and empower people instead. Not B2B or B2C but Human to Human.

Decades ago, the Dutch society was described as a pillarized society. Back in the sixties, the Netherlands became ‘depillarized’. Gone were the old institutes. People no longer wanted to be part of the ‘pillars’ that their parents belonged to, including preferred radio and television stations, political parties and religious tones. Freedom and own responsibility were the new old. And they still are, looking at the invidualistic setup of society nowadays. You, you alone, are responsible for your actions. Personally, I am a strong believer of team and group efforts over the power and reach of individuals. Also, I believe that we are much more pillarized than we were ever before. But we may need to replace pillars by networks.

Back in 1984, Apple released its advert against IBM, labeling them as ‘Big Brother’. A number of year ago, there used to be a television program on Dutch television that was called Big Brother. If we look back on those, we could quite easily say that they hadn’t seen nothing yet. Everything that we do nowadays is being tracked. Everything. And if you are not already tracking everything within your market, you better start doing so because your competitors have already been doing it for a while. Big data, and the translation of data into information, is and will be critical to your survival in the years to come.

Over the past years, we have seen a big increase in the use of algorithms to predict all kind of things and we have become quite good at it. We have digitized lots of things and robotization is estimated to be one of the biggest threats to a major part of the global workforce. Nowadays, we have even developed algorithms that allow for spontaneous changes. But how spontaneous is a programmed occurrence? Although I believe we can go a long way on algorithms and automating all kinds of repetitive work, I am confident that capturing creativity is much harder to do.

So as a CEO today, you should empower your people to leverage their networks, looking to spark creativity, driven by big data to answer new problems that have only come up very recently. To a certain degree, this is a new way of working, that you will need to accommodate.

One big management trend that has taken the Netherlands (and likely the bigger world) by storm some time ago was the trend of self-managing organizations. Very short, this methodology aims to eliminate overhead and middle management to the max by putting all decision power at the lowest levels within the organisation. And this would suggest a new type of management, or leadership. I am quite a fan of this methodology although I believe that self-managed teams still need to be pointed in a certain directions. Within various organizations that I have seen, the operations teams are too often only considering the upcoming issues of the next two to four weeks. I am therefore convinced that self-managed teams and organizations can only survive if they have leaders among them, or a small group of leaders or visionaries next to them.

Believe it or not, but apps are an essential part of the new way of work. Too many times, I have heard people say: you can’t run your company on an app. And I fully agree. You run your company using the paragraphs above and not by and app. However, apps will play a substantial role in supporting you to run your business. The multitude of app is used on purpose. We will get our information from multiple apps, make decisions using other apps and will communicate what we have decided using different apps, all independent of the platform you work with.

Over time, I would like to elaborate more on the trends listed above, although it may be quite likely that they will look different from how they look now by the time I have written about all of them. But hey, nothing is fixed nowadays anyhow. To be honest with you, I first started this blog post in April 2016 so I am not a very speedy writer. But yet, you have taken the time to read all the way to the end of this article. Thanks for that. I hope you liked what you read so far and I do apologize if the next one takes a while. 😉 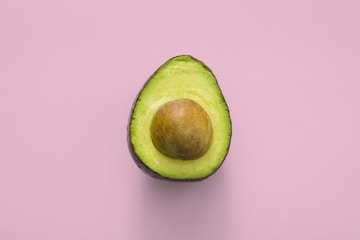 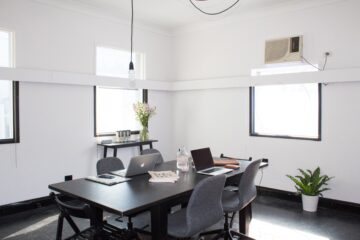 A Quick guide for conference calls in COVID-19 times

I guess I should start by congratulating all of you who weren’t used to being on multiple conference calls a day. Congrats! You have all survived a very steep learning curve over the past few Lees meer… 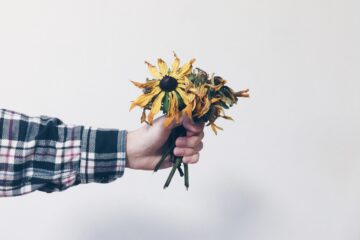 Those Who Give, Will Receive (or: Reciprocity)

Last week, I attended a seminar hosted by Denk Producties that featured Robert Cialdini as its main speaker. For a complete day, we learned about, and worked on, the psychology of persuasion. Great day, wonderful speakers, learned a lot. Lees meer…