Individualism. The topic of this article has been on my list of articles to write for a long time. So, the fact that you are actually seeing this is, to me, quite an achievement. The reason it took so long to get it out was because I feel I touch quite a big problem in society. Here’s the thing:

I believe today’s western society is structurally broken and individualism is one of the major causes.

When talking about the western society, I primarily refer to Western Europe and North America, since those are the regions I am most familiar with. Similar trends may occur elsewhere in the world. However, I prefer not to judge those that I have not had any in depth experiences with.

That being said, when I talk about individualism, chances are I am talking about you. This article might offend you. And it might trigger you to close this article. Which would probably just proof the point I am about to make.

It is impossible for everybody to be able to say and do what they want without effecting anybody else in any way.

Individualism happens to all of us

But still it happens from time to time. Somebody does something that makes us feel uncomfortable (in whatever way), which frustrates us, whereafter we reach out to social media, to do exactly what we did not want the other person, or company, to do to us. That enables a chain of reactions, with our without third parties (especially on Twitter), leading to nothing but individual frustration bottom line.

And what does it bring us? Do we feel better because we raised our voice? Do we feel justice has been done because we were able to do what we wanted to do? Well, we might think so. However, by putting our freedom to act and freedom of speech above everyone else’s, we exclude ourselves from others around us. And, if all (or: the large majority) of us do that, we end up in a pretty individualistic environment.

In other words: we’re alone.

Now, if you don’t mind, or actually prefer to be alone, that is probably just where you wanted to be. I am convinced though you’re missing out on one of the essential concepts of life: being a connected individual. A human being, mentally wired to connect and interact with other human beings. Imagine we’d all support a different sports team, or cling to a different religion or favourite music genre. We’d end up with over six billion different religions. An equal amount of opinions. And an equal amount of people trying to convince other people that theirs is superior. We are willing to listen to the the people around us. However, only as long as they don’t bother us with it. So basically, we’re shutting everybody down.

It doesn’t need to be that way though!

Can we move beyond individualism?

I believe we should act different. And I believe we can act different. I believe that a group of people that is willing to seek each other is stronger than any individual. If we forsake our own pride and our priorities, in order to learn from others, we will rise beyond where we could have gone alone. We need other people. Since we can learn from other people. Even better, we can grow, with and through other people. There are obviously a whole lot of quotes that I can throw against this but let’s take a look at areas I stipulated earlier on:

So where do you start?

I believe it was Nelson Mandela that recalled a story in his biography where he shares how a tribal meeting took place in South Africa. The next speaker was only allowed to express his opinion after he had explained the opinion of the previous speaker and that speaker had confirmed that the current speaker had understood and expressed his opinion correctly. It is a beautiful method, but it might be a bit difficult to achieve in today’s environment. So let’s take the essence of it and embed it into our lives! 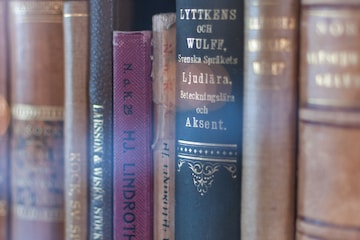 Okay, I’ll keep this one short. However, I do want to share a quick overview of the most interesting books I read over the past few months. I’ll admit it straight away that the majority Lees meer…

Gear Up Your Life When Working From Home

I know what you’re thinking. Not another COVID-19 blog. Yet, if I drew your attention, feel free to carry on as I describe how I used COVID-19, and the whole working from home period to Lees meer…